Beginning in 1875, cards depicting actresses, baseball players, Indian chiefs, and boxers were issued by the U.S.-based Allen and Ginter tobacco company. These are considered to be some of the first cigarette cards.
In the UK, W.D. & H.O. Wills in 1887 were one of the first companies to include advertising cards with their cigarettes. Each set of cards typically consisted of 25 or 50 related subjects, but series of over 100 cards per issue are known. Popular themes were ‘beauties’ (famous actresses, film stars and models), sportsmen (in the U.S. mainly baseball, in the rest of the world mainly football and cricket), nature, military heroes and uniforms and city views.
It was only natural that Ireland should follow suit and in the 1920s Players Wills Cigarette Company produced sets of cards depicting outstanding hurlers and footballers. Each set consists of fifty players.
Lár na Páirce has a set of the outstanding hurlers, not the original cards but copies pasted on to a corriboard. They give us vital information on the great players of the decade, but we don’t have information on whose opinions or knowledge was used in determining the best.
Each picture, in black and white, depicts the head and chest of the player, revealing the jerseys worn at the time. The Tipperary players have Tiobraid Árann printed across the jersey and a large shamrock over the left breast. Martin Kennedy is wearing the Munster jersey. The pictures reveal a good lot about the style of jersey worn, as well as information on contemporary hair styles.
Ten counties are represented in this selection of outstanding hurlers. It may surprise most people that Dublin lead the field with fifteen representatives. However, Dublin were a strong hurling force at the time and contested three All-Irelands during the decade, when many people from the country couldn’t declare for their counties under the residence rule. The preponderance of Dublin players may also have been due to the simple economic fact that the cigarette factory was in Dublin and most of the company’s cigarettes were bought in the city.
The other nine counties were represented thus: Cork 9, Kilkenny 8, Tipperary 6, Limerick 5, Galway 3. Clare. Kerry, Laois and Offaly 1 each.
I have no idea what a set of the original cards of outstanding hurlers or footballers would make in the market at present, and there is a lively market for all kinds of cards. The record price paid for a card is mind-boggling.
Early in 2007, a world record price was paid in America for a single card – $2,350,000. This card was resold later in the year for another world record price, $2,800,000. The card in question featured Honus Wagner, one of the great names in U.S. baseball at the turn of the 20th century. Wagner was a dedicated non-smoker and objected when America’s biggest tobacco corporation planned to picture him on a cigarette card without his permission. Threats of legal action prevented its release, but a few slipped out, and it was one of these that stunned the collecting world. 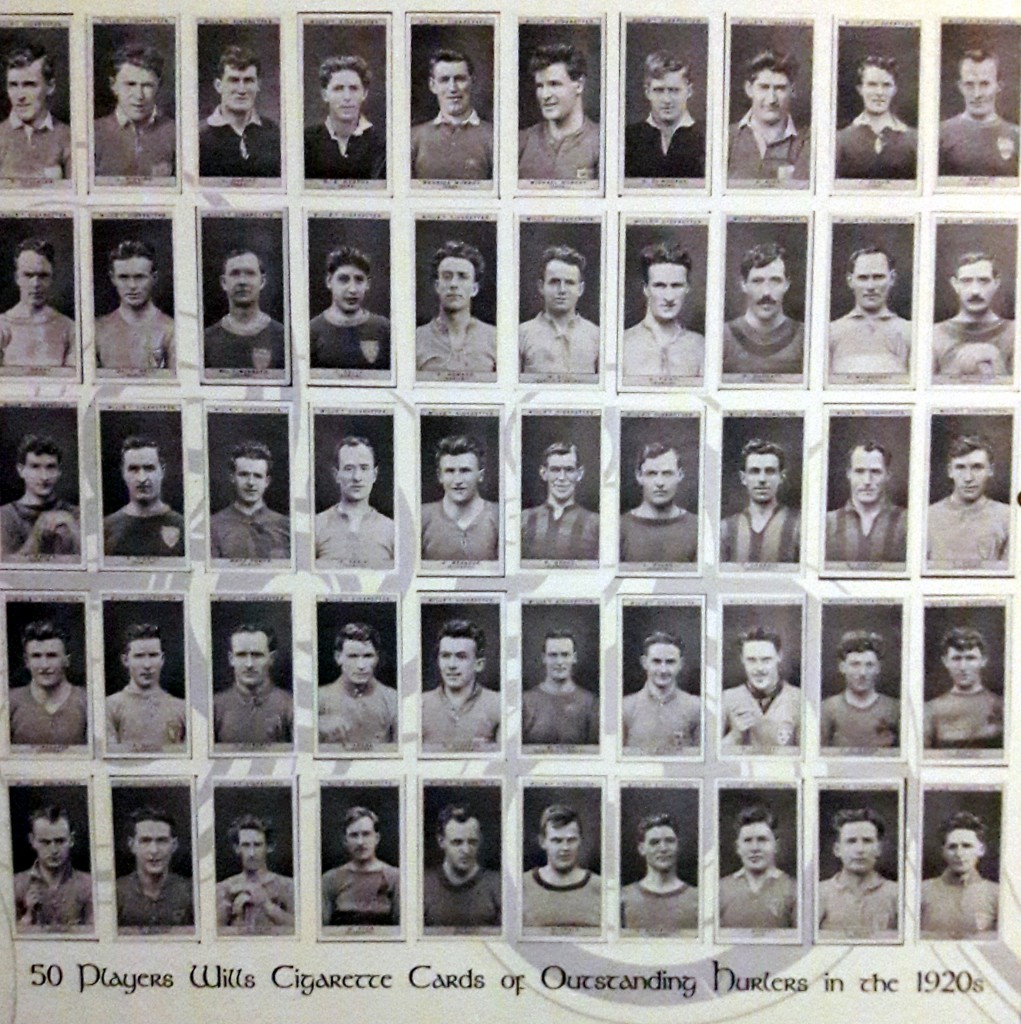